What Are People Fly Tipping?

What Are People Fly Tipping? 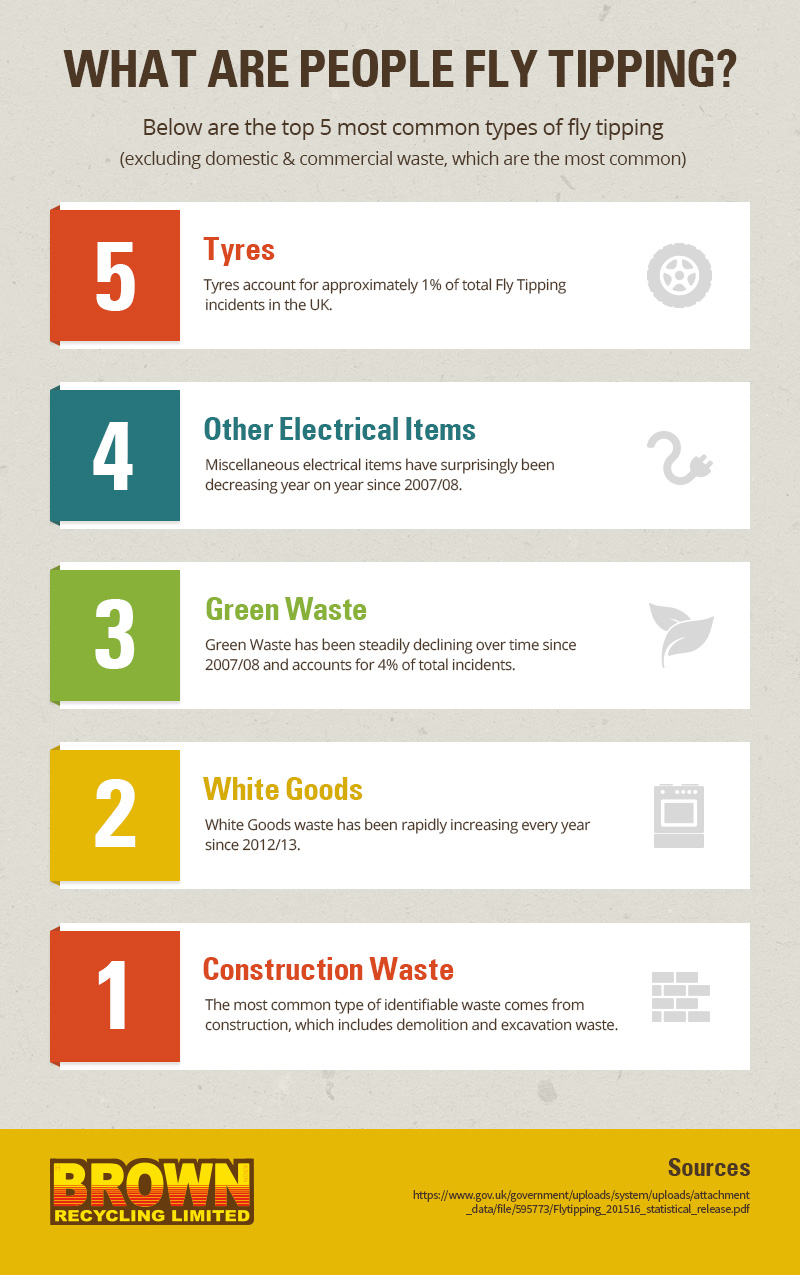 The act of fly tipping, regardless of whether you’re a commercial operator or a member of the public, is against the law. Heavy fines are often imposed on those caught, but that hasn’t prevented the number of fly tipping incidents in England for the year 2015/16 from rising to 936, part of a steady climb from the low of 711 in 2012/13.

This news came from the latest set of figures released by The Department for Environment, Food & Rural Affairs. Highways are the areas hardest hit, with large amounts of domestic and commercial waste being left in other areas, including secluded rural areas.

Much of the waste found fly tipped is classed as bagged waste and other household waste, accounting for 67% of all incidents. It’s hard to pinpoint exactly what is driving this trend, but it’s possible that less frequent council waste collections, along with a rise in the cost of using local tips for commercial users could be partly to blame.

So, aside from large bags of general waste, what are the most common items being dumped by people?

Taking a look at the figures from 2015/16 against those from previous years, the fly tipping of white goods has risen dramatically. The figure has been on the rise, more than doubling to 49,000 since 2012/13.

Meanwhile, figures for green waste and tyres have sloped off steadily in the last few years, with figures for construction waste remaining consistent in recent times. Another piece of positive news is that asbestos, animal carcasses, vehicle parts, chemical drums, oil and fuel incidents have fallen below 1%, which means there is less chance of a deeper environmental problem occurring.

It’s important that as a country we return to the reduction of fly tipping, tackling the core reasons behind why people do it and outlining the consequences, both in terms of financial punishments and for the environment.

At Brown Recycling, our facilities ensure that you always have a way to safely and legally dispose of your waste. From commercial waste management services, to domestic skip hire, we’ve got an option for everyone, helping to avoid fly tipping and the issues it can cause.